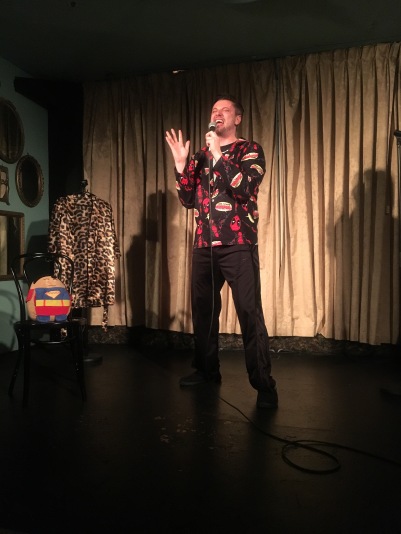 Cabaret Slumber Party! is performed and hosted by Andrew Iles, a man with an impressive vocal ability and some sweet dance moves. Held in the downstairs room of The Butterfly Club, this show is the slumber party your parents would prefer that you perhaps not attend -there are risque lyrics and there is partial nudity BUT like all slumber parties, there is also a lot of fun! One aspect I particularly enjoyed is that audience members are allowed to wear onesies or pyjamas – yes, you read that right, I was truly living the dream when I rocked up to the show at the suitably late timeslot of 10pm wearing a dragon onesie with a cocktail in hand! 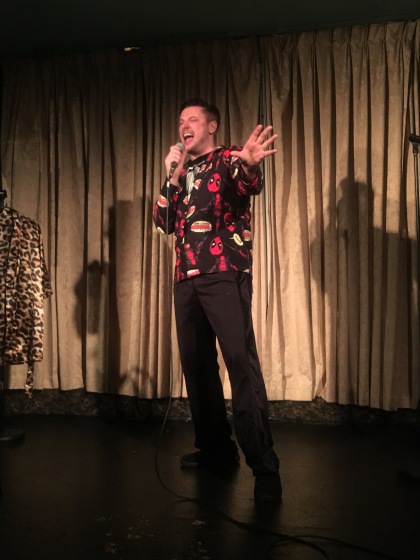 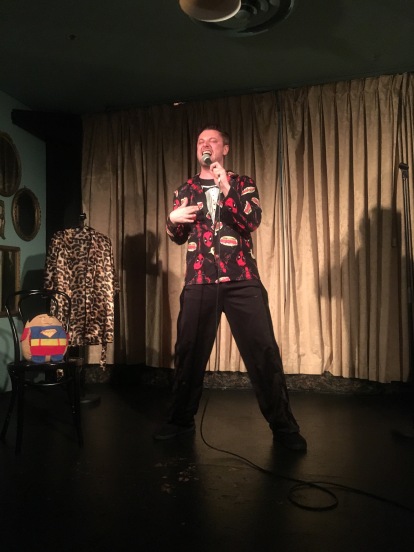 Andrew Iles take his audience on a journey through iconic songs from popular movies of his youth (including some Disney favourites) while telling humorous anecdotes from his life and growing up. I was delighted that some of the songs Andrew Iles parodied were from the Backstreet Boys, and from the movies ‘Grease’ and ‘Xanadu’.  I especially enjoyed a song where Andrew replaced the lyrics with some Melbourne specific ones. Many times during his show Andrew was moving and even leaping around the stage energetically, which was entertaining – you can’t help but grin when you see such exuberance! A cluster of audience members in animal onesies (myself included) provided some backing / chorus noises during some of his songs which made me so happy. This show is much more than one (talented!) pyjama clad man singing to his audience – there are moments of audience participation and a time where everyone gets to reveal their celebrity crushes. This made me smile as it reminded me of the classic slumber party game ‘truth or dare’ – luckily for the audience, Andrew Iles did not request any dares from us that evening. 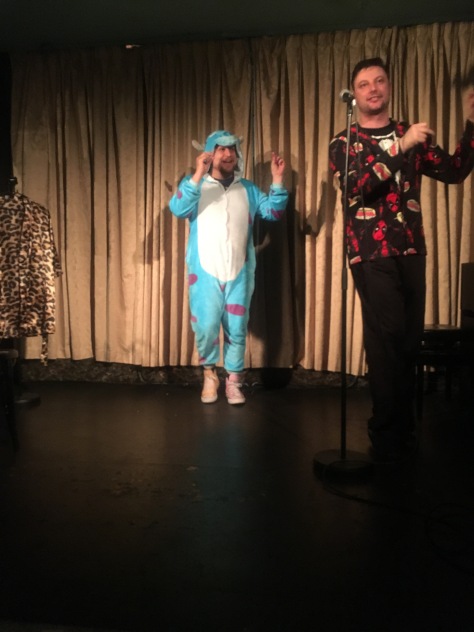 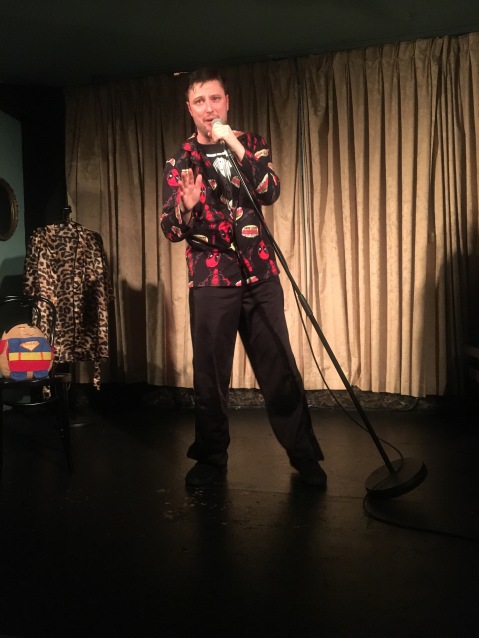 VERDICT: I wish all shows could be like this – there’s something better about a show that allows you to watch in the comfort of a onesie  / pair of pyjamas. It’s truly like the best of both worlds – home comforts in front of a live show. Growing up may be hard and have its pains, but all that is forgotten during the enjoyable nostalgic romp of Cabaret Slumber Party! Sneak out of the house and come along to the show (but don’t tell your parents!) 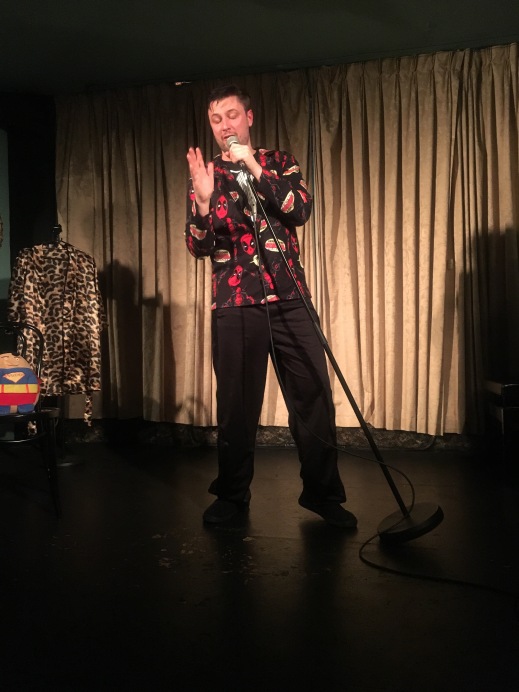 *Disclaimer: I attended as a guest of the performer.